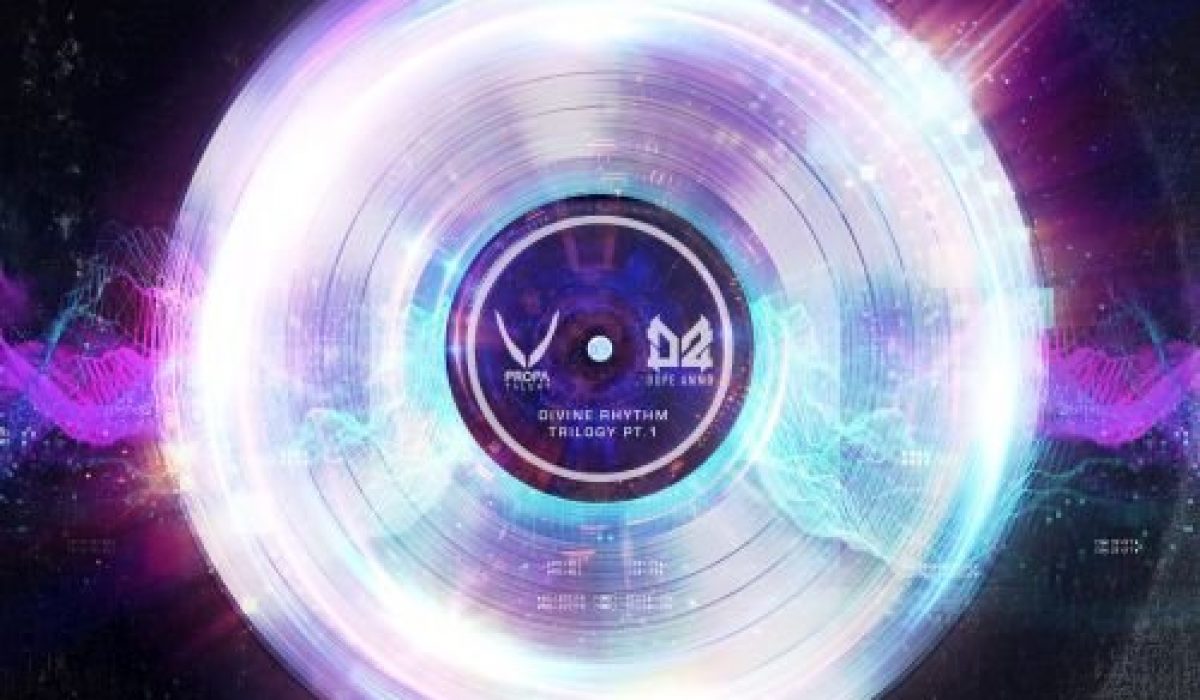 By now, most D&B heads know what an absolute legend DJ Rap is, with almost 30 years in the game, countless hits across a number of genres, a movie career and her own label, Propa Talent. Her Propa Dubs series, now in its fourth installment, reiterates just how OG she actually is. For the newest remix series of her classic breaks track “Divine Rhythm,” Rap went all the way back to 1992, teaming up with UK based producer Dope Ammo and vocalist Jasmine Knight. The first remix, as is “propa,” is the jungle mix.

The original 1992 “Divine Rhythm” single was a massively fun breakbeat/Uk hardcore club jam, chock full of samples, amens and switch-ups. It got its name, presumably, because of the vox and melody sample from another classic track, the new wave “Kyrie” by Mr. Mister. The pretty, etherical and divine sample gives the track that great emotive vibe and even now it would be a perfect track for a sunrise set.

Following the lines of the original, the jungle VIP remix of “Divine Rhythm” is just as heavy on the amens and tempo switches, moving seamlessly between old school hardcore breakbeat and modern, faster 174 tempo. Rap and Dope Ammo also added lots of modern wind-ups and drops, a secondary sub bass melody and some grimy, grindy neuro-style accents.

The biggest change between 1992 and 2021, however, and one we’ll see throughout the remix series for this track, is the changing of the “Kyrie” vocals and synths from sampled to hand-made. This change to creating the stems themselves has likely given Dope and Ram more flexibility to place them where they’d like. Where the vocals are concerned, that’s also a big upgrade, as Jasmine Knight’s bell-clear, pitch-perfect voice along with modern recording techniques makes the melodic line of this track so good it’ll give the listener goosebumps, sunrise set or no.

Coming up next in the Propa Dubs 4 series will be the “Euphoric” remix of “Divine Rhythms,” a ravey chugger with blown out beats, and the even ravier “Ravers” remix, with tons of syncopation for DJs to go nuts on. This series will also be featured on a vinyl release later this year along with the upcoming Propa Dubs 5. No shortage of hits coming from the D&B reigning queen, and with festivals hopefully back on the docket soon, it promises to be a “propa” summer.

“Divine Rhythm Trilogy Part 1: the Jungle VIP Remix” is out now on Beatport and will drop tomorrow on all other platforms. Be sure to check out Rap’s full sets as well on her YouTube and special stuff on her Patreon.