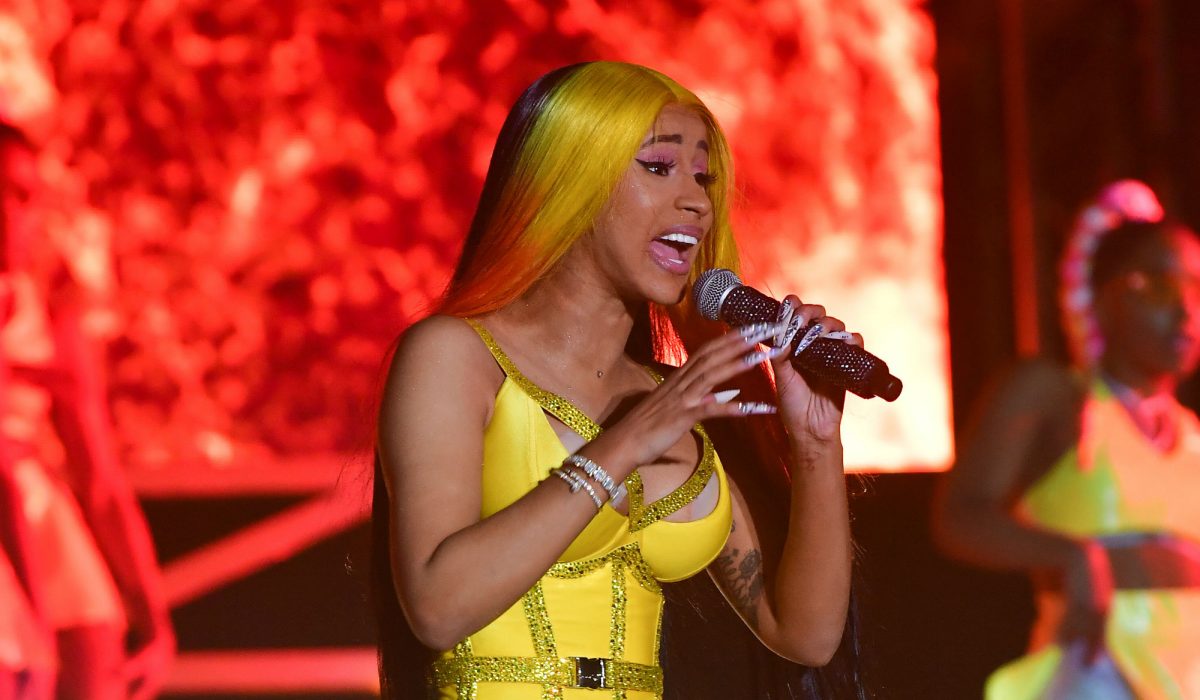 Cardi B has issued an apology after being accused of “disrespecting” Hindu culture in a recent photoshoot.

The ‘WAP’ rapper recently appeared on the cover of Footwear News magazine following the announcement of her new Reebok range, which is set to launch tomorrow (November 13).

In the image, Cardi is seen to be taking on the aesthetic of the Hindu goddess Durga and was said to be “paying homage” to the religious figure. However, the star has since received a significant online backlash, with many accusing her of cultural appropriation.

Cardi has now issued a video statement via social media to apologise, saying it “was not my intent” to cause any offence with the image, while promising to “do more research” in the future.

“When I did the Reebok shoot, the creatives told me I was going to represent a Goddess; that she represents strength, femininity and liberation, and that’s something I love and I’m all about,” Cardi said.

“And though it was dope, if people think I’m offending their culture or their religion I want to say I’m sorry. That was not my intent. I do not like disrespecting nobody’s religion. I wouldn’t like people to offend my religion.”

Pt 4 I knew cardi really ain’t do her research in that’s her fault she ain’t come up with the concept of the shoot the director did so y’all dragging her for a concept she didn’t come up with witch I still don’t find a problem with the shoot but here go y’all apology let it go ? pic.twitter.com/LDBxf1RIdi

She continued: “I wasn’t trying to be disrespectful; maybe I should have done my research. I’m sorry, I can’t change the past, but I will do more research for the future.”

You can watch the video in the above tweets.

In a statement issued to People, Footwear News said: “Yesterday we posted content from our exclusive Cardi B cover shoot. One of the images was intended to pay homage to Hindu goddess Durga, and our intent was to show a powerful woman.

“However, we realise we were not considerate of certain cultural and religious perspectives and how this could be perceived as deeply offensive. Today, we’re releasing another cover from the shoot that was a subscriber exclusive.”

See the Footwear News cover along with various reactions below.

Really … ? Is this a troll? pic.twitter.com/0zz4qFfZUi

CARDI B OUT HERE USING A HINDU GODDESS AS HER AESTHETIC WHAT THE FUCK pic.twitter.com/3ysFx1YHqx

Cardi b did not pay “homage” to the Hindu goddess Durga by holding a shoe in her hand, this is plain disrespect and in no way cultural appreciation. she can’t getaway with this without addressing and apologizing for mocking our culture pic.twitter.com/ZLVcz0mBlB

People are saying Cardi B is paying homeage to our hindu goddess Durga. So as a Hindu I want to say that:
1-Wearing a shoe in a temple is prohibited
2-Durga maa is not to be used as an aesthetic
3-Durga maa is NEVER depicted bare bodied
4-THIS. IS. NOT. HOMAGE. IT’S. DISRESPECT. pic.twitter.com/K4QFa431tP

Many Hindus are very unhappy saying their religion is not an aesthetic, and Cardi B’s representation of their goddess is very disrespectful. pic.twitter.com/5B4JghHPu6

But I’m so shook, the way these western news outlets have written ‘cardi b pays homage to hindu goddess’ ?? Could’ve used their brains lol.

Last month, Cardi faced a barrage of online criticism after promoting a virtual Armenia fundraiser on social media. Apologising for the controversial post, the rapper said: “My wish is, since I did a little bit of research today – ’cause you guys left me so much comments – my wish is that both the countries [Azerbaijan and Armenia] would just be at peace.”

Cardi B is among the many musicians to have expressed their relief over Joe Biden winning the US presidential election over Donald Trump. Upon the result coming in over the weekend (November 7), she told fans that “God put Joe Biden in place” because “Trump supporters were getting out of line”.